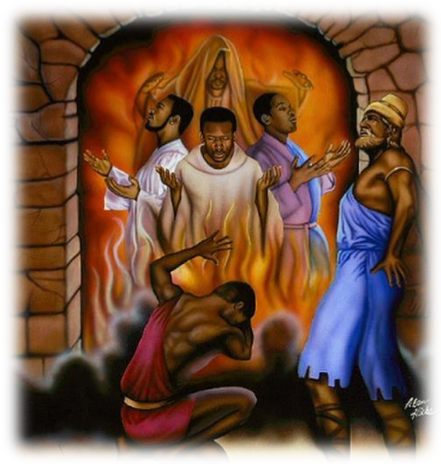 Daniel 3:26b-28 (NIV) So Shadrach, Meshach and Abednego came out of the fire, and the satraps, prefects, governors and royal advisers crowded around them. They saw that the fire had not harmed their bodies, nor was a hair of their heads singed; their robes were not scorched, and there was no smell of fire on them.  Then Nebuchadnezzar said, “Praise be to the God of Shadrach, Meshach and Abednego, who has sent his angel and rescued his servants! They trusted in him and defied the king’s command and were willing to give up their lives rather than serve or worship any god except their own God.

Shadrach, Meshach, and Abednego ended up in a fiery furnace for no fault of their own.  They were guilty of refusing to go along with the government orders to worship the giant statue. They would not succumb to peer pressure. They would not go along with the crowd.  Officials from all over the land were required to be there.  Attendance was necessary.  They were among all the big wigs, dignitaries, celebrities, government officials, and rich and famous. It was the place to be.  The celebration would have been like an inaugural parade.  Maybe they didn’t know a loyalty oath was required to reassure the king that those who serve him would remain loyal.

They had experience in their faith. So, when it came time for the grand public event, they did not hesitate to say ““King Nebuchadnezzar, we do not need to defend ourselves before you in this matter. If we are thrown into the blazing furnace, the God we serve is able to deliver us from it, and he will deliver us from Your Majesty’s hand. But even if he does not, we want you to know, Your Majesty, that we will not serve your gods or worship the image of gold you have set up.”

Daniel 6:25-27 (MSG) King Darius published this proclamation to every race, color, and creed on earth:

“Peace to you! Abundant peace!  I decree that Daniel’s God shall be worshiped and feared in all parts of my kingdom. He is the living God, world without end. His kingdom never falls. His rule continues eternally. He is a savior and rescuer. He performs astonishing miracles in heaven and on earth. He saved Daniel from the power of the lions”.

What do we think when we see people in positions of power and prestige? Do we think their prosperity and worldly success is because of God’s favor? Maybe it is, maybe it ain’t. We are not privy to the sacrifice or trouble they endure as part of their responsibility or the difficult experiences they face. We don’t know the road they traveled to get where they are. We can’t see God’s bigger picture (Romans 5:3-5, James 1:2-4).  Watching television and reading the news, we rarely see or hear about the faith of our political, corporate, and community leaders.  Many are people of good will and that’s admirable.  We may not know whether their trust is a life of prayer and devotion to God? Would people of faith hide their faith as they climb up the ladder of success?

Daniel wasn’t the only advisor and administrator under Darius King of Persia (6:1-5, Psalm 73:2-9). Daniel was a man of faith.  He was not ashamed and did not try to hide his faith.  He didn’t push his faith on others, but he didn’t let the world and his circumstances deter him from being obedient and trusting in God and just towards all men.  Daniel’s was a life of prayer and because of his good character he was promoted.

Many of his peers were jealous and envious and would like nothing more than to see him fail (Daniel 3:8, 12, 6:1-5). So they set a trap for him and tricked the king into sentencing Daniel to death.  The king was the one who promoted Daniel and admired him, but because of the law of the land the king could not undue the decision. Daniel was placed in the lion’s den and the pit sealed with a stone. All night the king couldn’t sleep and the next day he rose early to find Daniel unharmed. The plot to destroy Daniel was revealed.  His accusers replaced Daniel in the den and were torn apart as soon as they entered.

God does save. Daniel lived it. The king observed it. The people heard about it. Could it be that God wants to use your life to glorify Him and to cause others to declare your God as savior and rescuer, performer of miracles, and His reign and rule is eternal and never fails.

Don’t wait until a trial or storm to develop devotion and character. 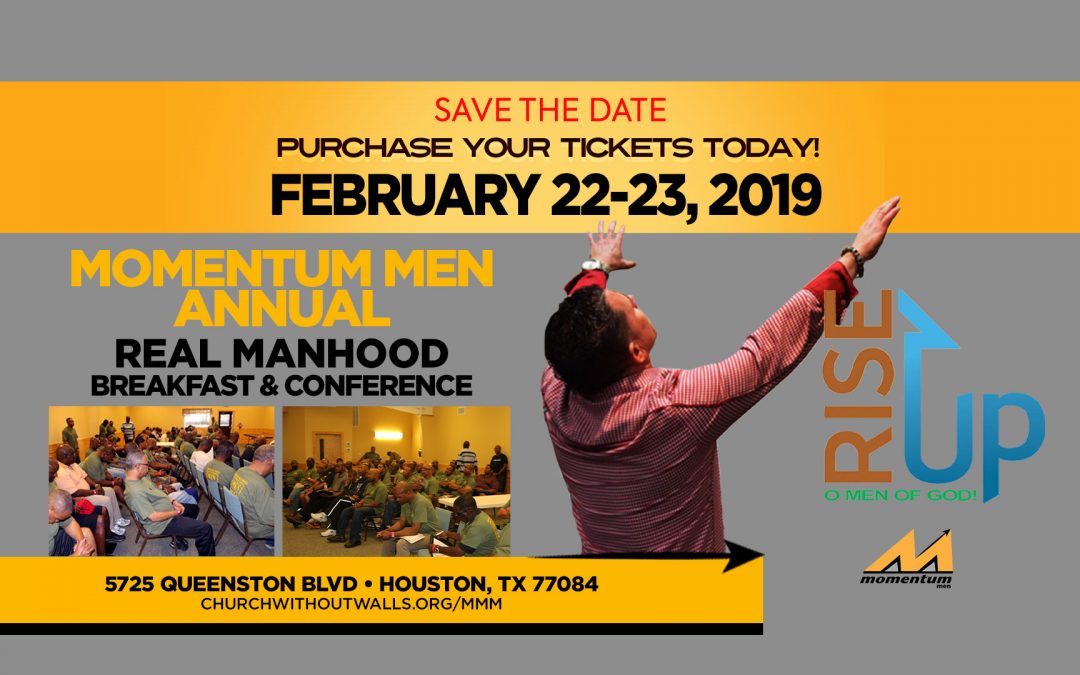 While we need God to show up, He is looking for men of God to Rise Up! 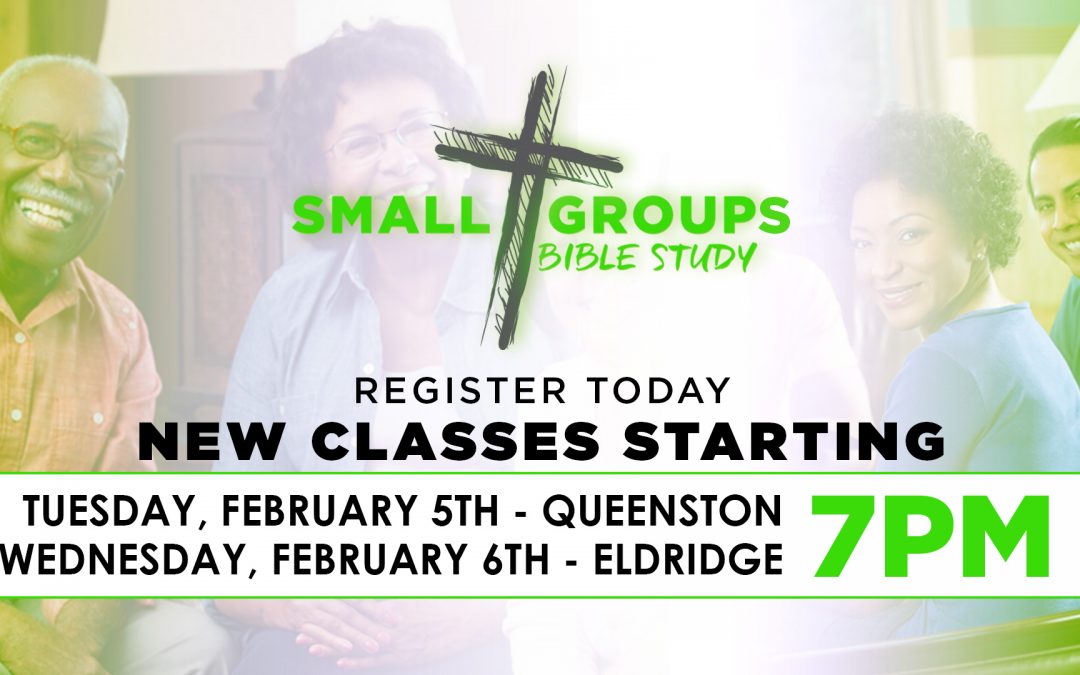 We want you connected and growing spiritually! Sign up today for our new session of Small Group Bible Study Classes. This is a great way to build new relationships with other believers while growing in the grace and knowledge of our Lord and Savior Jesus Christ. Classes start February 5th on the Queenston Campus and February 6th on the Eldridge Campus.

The following classes are available: 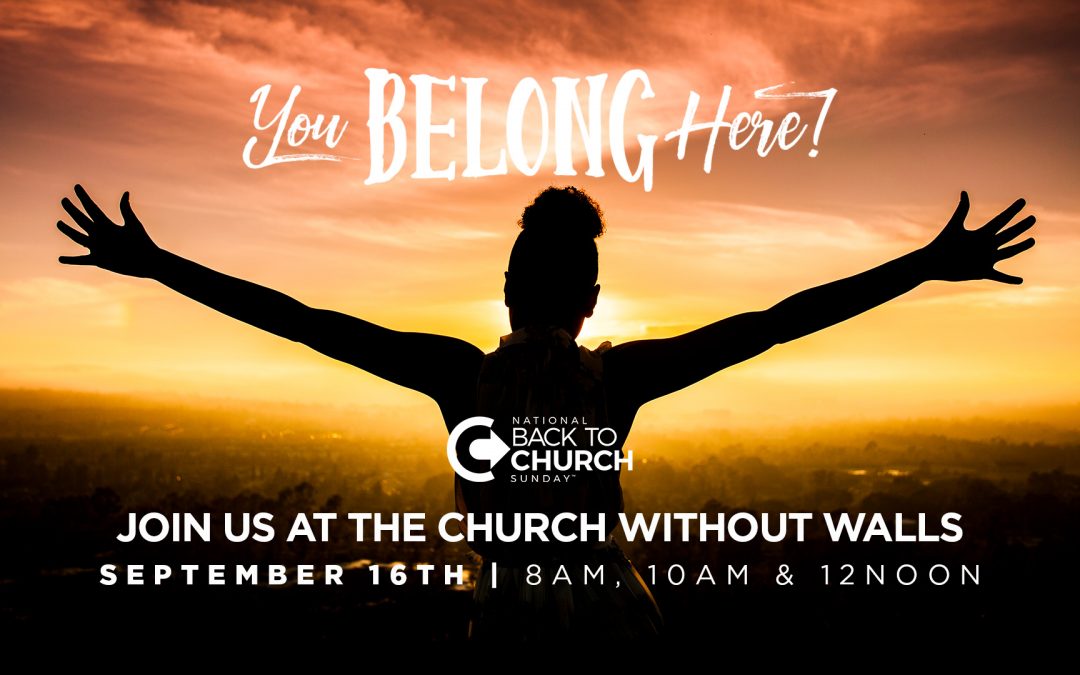 Invite Someone Back to Church

Come Back to Church with us! An overload of summer activities can often interrupt your Sunday worship, Bible Study, and ministry work. Reconnect with a friend and come Back To Church on Sunday, September 16th to reengage with your church family at The Church Without Walls. 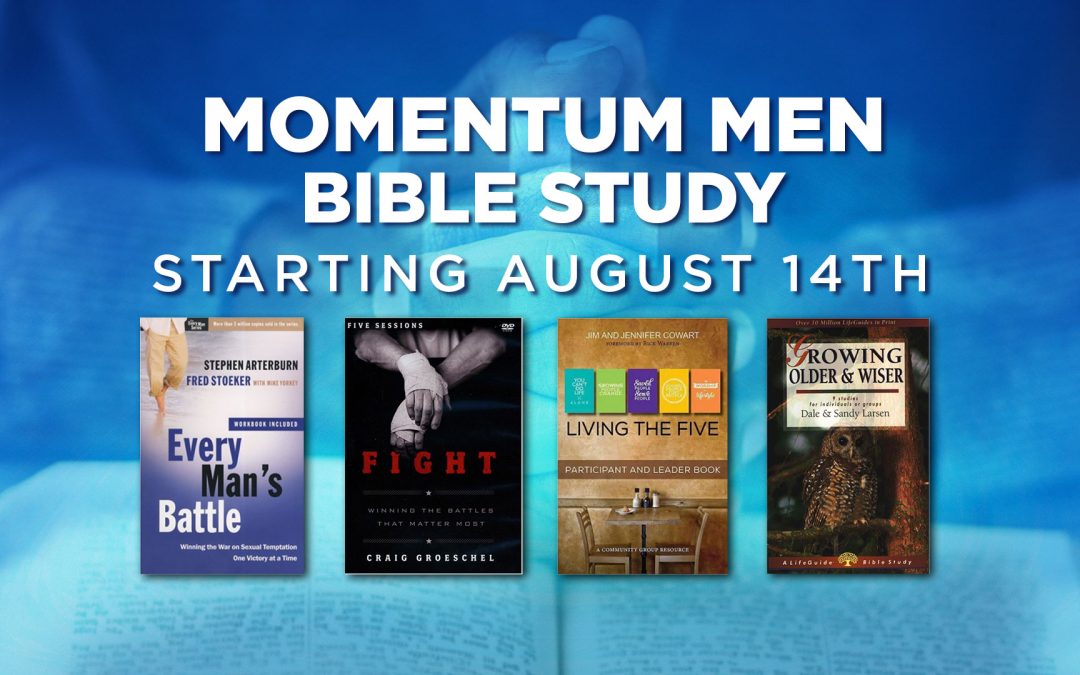 Join the Momentum Men for Small Group Bible Study, as we embark upon one of the most exciting journeys anyone can experience with a trip into the heart and mind of God. We want you to become the kind of man whose life is explainable only in terms of God. These studies will give you a level of Christian maturity to help you reflect more perfectly the Lord Jesus Christ in His glory and enable you to help other men in need of Godly counsel. 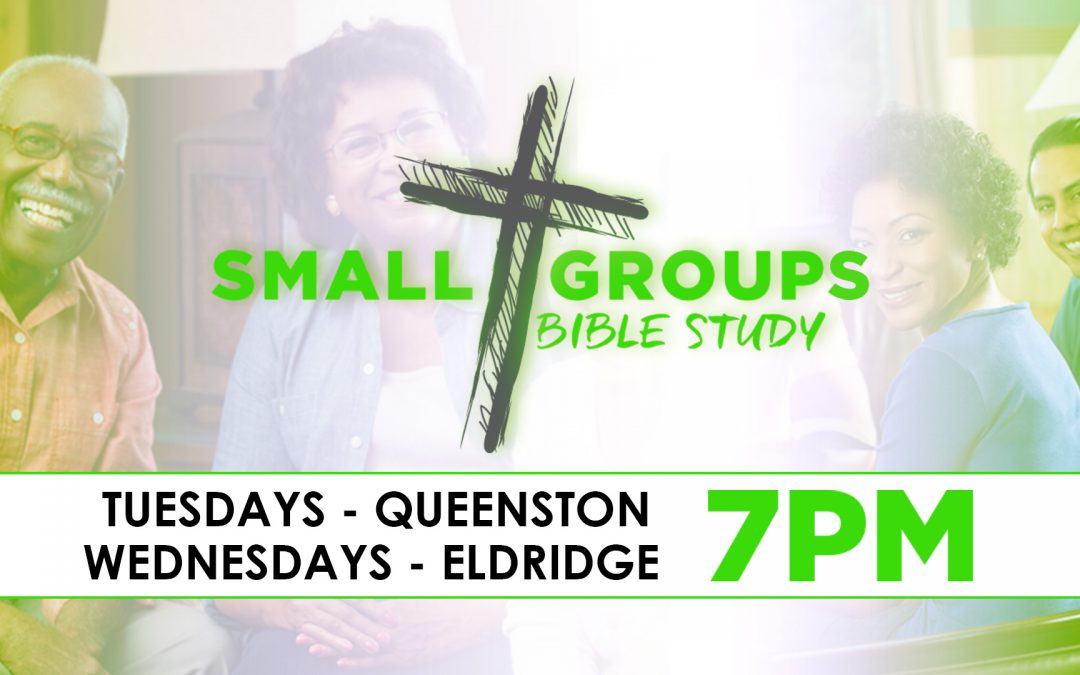 We want you connected and growing spiritually! The new session of Small Groups Bible Studies start Tuesday August 14th.  This is a great way to build new relationships with other believers while growing in the grace and knowledge of our Lord and Savior Jesus Christ. We look forward to seeing you. 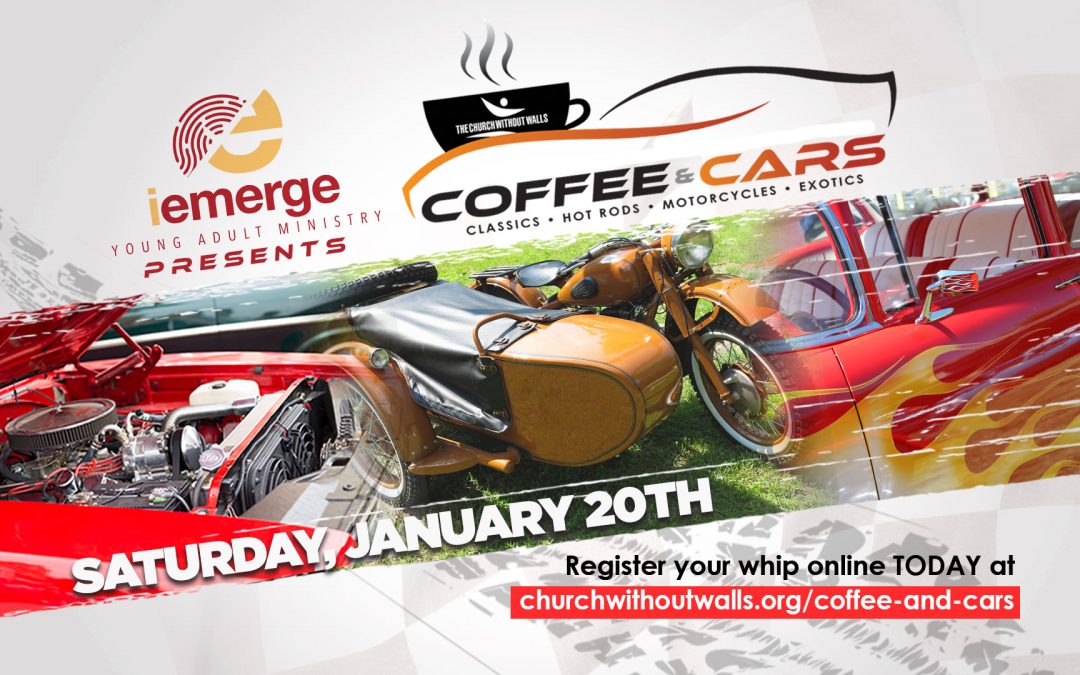 Come fellowship with the Recreation Ministry at Coffee & Cars, Saturday, January 20, 2018,  9am – 1pm on the Queenston Campus. If you’ve got a clean whip in good condition, enter it into the contest.  Classic cars, exotic cars, motorcycles, Trucks and Hot Rods. $20 entry fee. There will be prizes for the 1st, 2nd, & 3rd place winners. Men, register your car online today! 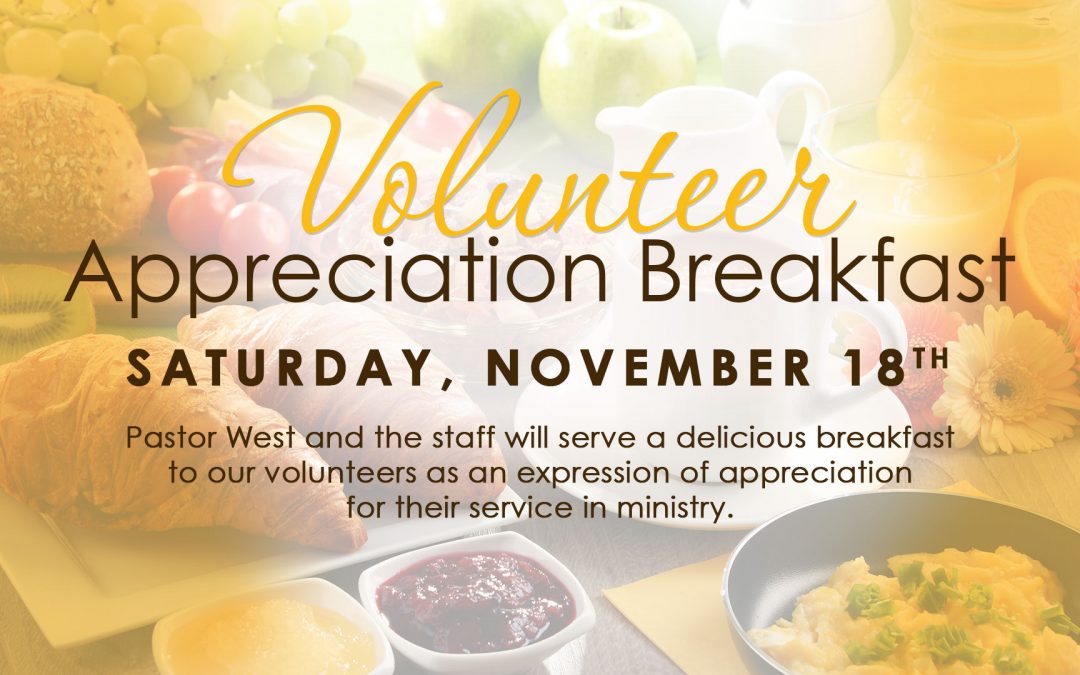 Our volunteers are special servant leaders who freely dedicate their time and talents to our church.  On Saturday, November 18th, Pastor West and the staff will serve a delicious breakfast to our volunteers as an expression of appreciation for their service in ministry. 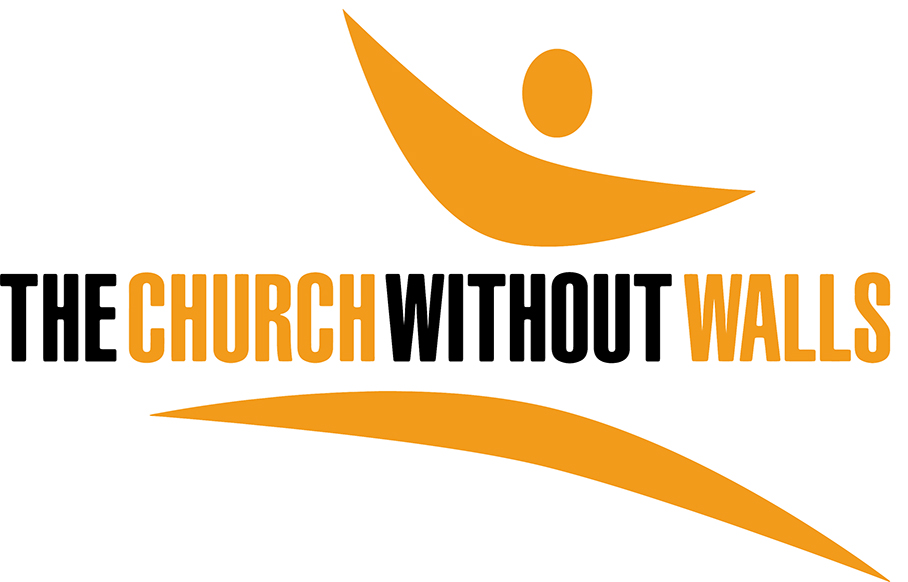 As we attempt to get back to some form of normalcy after the devastation of Harvey, we have decided to suspend all ministry meetings, bible study classes, trainings, firm foundation, ministry and church-wide events, etc. for the month of September. All activities will resume in the month of October as we begin to celebrate our 30th Anniversary. 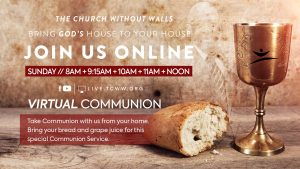 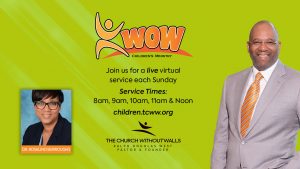 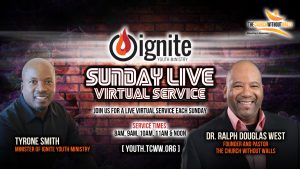 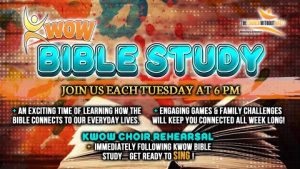 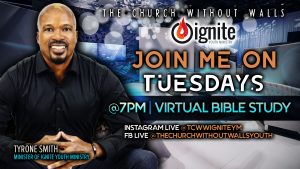